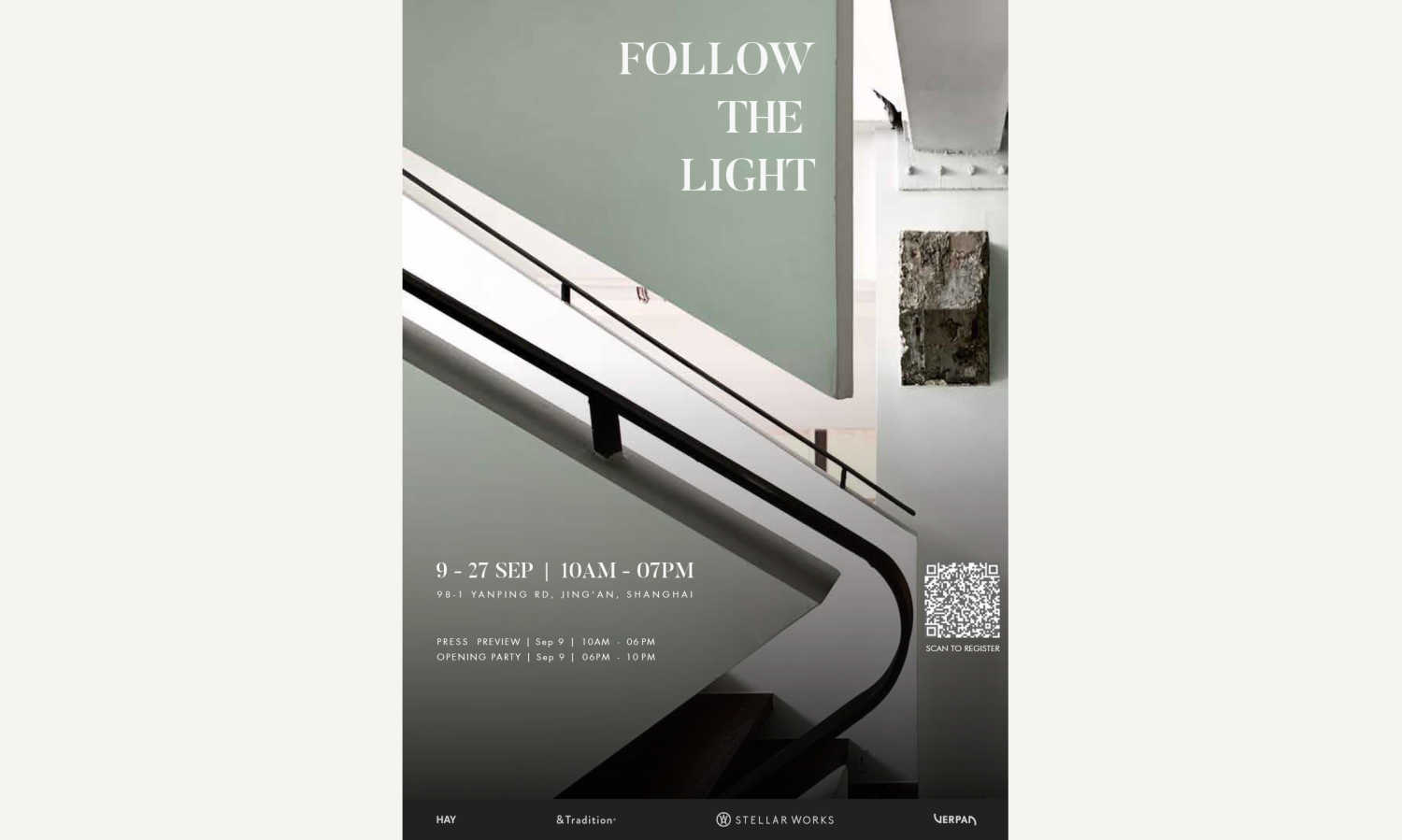 "Lamp is not just simple lighting, but also tells a story bearing a meaning, and provides metaphor and style for the stage of comic life; furthermore, it also tells the story of architecture" - Ettore Sottsass, 1917-2007

From 9th – 27th September, Nine United, The Danish family of furniture companies, will stage Follow The Light, a dramatic showcase of new pieces by Stellar Works &Tradition, Verpan and HAY, all of whom are distributed by Nine United in Asia. The event, staged in an impressive glass atrium on Yanping Road in Shanghai marks the first time that Stellar Works, &Tradition, VERPAN and HAY will be shown together by Nine United.

The event comes as Stellar Works further strengthens its partnership with Nine United - who took over its European distribution arm in April 2020 – by announcing that the privately held family of companies will take over the distribution of Stellar Works products for the Asian market.

WELCOME TO JOIN US!